You Just Lost The Game 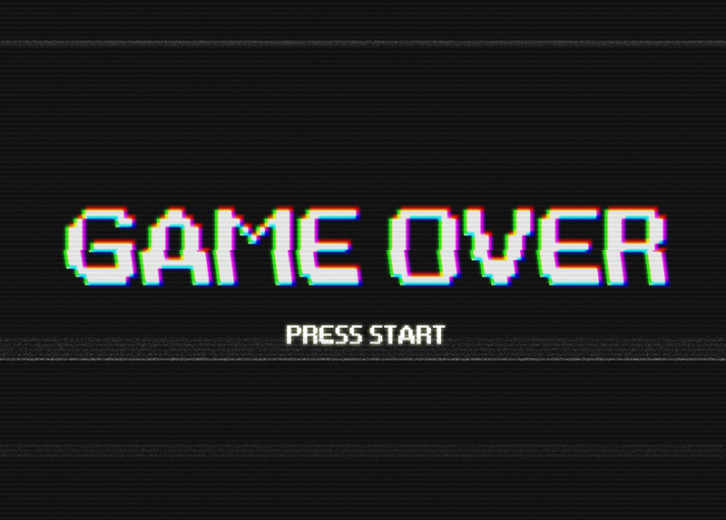 “The Game” is an ongoing social experiment that is one of the simplest distortions of game logic ever conceived. It was invented in 1977 by members of the Cambridge University Science Fiction Society who liked to meet at the Horse and Groom pub in Cambridge to drink and discuss game theory. That’s right, they were British ultra-nerds. The problem with this game is that it never ends and it is too stupid and fun not to participate. It fits perfectly with our internet meme generation. They even sell T-shirts and other swag with the words, You Just Lost The Game, printed on them. If you are unaware of the game, I’m sorry, you are about to lose. There are many variations on the rules, but here is the basic idea:


RULES OF THE GAME

1. You are playing The Game
Some interpret this as meaning everyone is playing it – even if they are unaware that they are – while others say people must first be told about The Game before they can start playing (and losing).

2. Whenever you think about The Game, you lose
Most players maintain it is virtually impossible to train yourself not to think about something.

3. A loss must be announced
Players must tell as many people around them as possible they have lost. At least one person must always be told, even if you have to phone someone in the middle of the night. The objective of The Game is to forget it exists, although experienced players maintain they can talk about The Game without realizing they have lost.

The idea is that everyone is playing the game whether they are aware of it or not. In fact, you are only winning if you have forgotten that you were playing. Once you think about the game, you lose.  Again, apologies to everyone reading this, but you just lost the game.

The fact that ignorance of the game equals winning reminds me of the old saying, What you don’t know can’t hurt you. The problem with this proverb is that it is hardly ever true. If you don’t know that grabbing both terminals on a car battery at the same time will cause you a lot of pain, you’re in for a shock (pun intended)! It is the same with matters of spiritual warfare. If you are unaware of what is going on in the spiritual realm, you are not only going to have a hard time fighting the battle, but you are in danger of sustaining wounds. It is time for all of our brothers and sisters in Christ to wake up and realize that Satan and his demons are real and actively seeking to cause us harm.

Finally, brothers and sisters, draw your strength and might from God. Put on the full armor of God to protect yourselves from the devil and his evil schemes. We’re not waging war against enemies of flesh and blood alone. No, this fight is against tyrants, against authorities, against supernatural powers and demon princes that slither in the darkness of this world, and against wicked spiritual armies that lurk about in heavenly places. ~Ephesians 6:10-12 (The Voice)
Christians who live their lives ignorant of the activity and ploys of the Devil are people who will walk around continually defeated. Think about it. If you live like Satan doesn’t exist, you will not be wielding that Sword of the Spirit, speaking the truth of God’s word against the lies the enemy whispers in your ear. You will be in danger of crawling through life like a prisoner unaware that your chains have been broken. In reality, you have been set free! The enemy wants nothing more than for you to be ineffective in the battle for lost souls in this dark world. If he can keep you thinking that he doesn’t exist, yet keep you under the influence of his lies, then he is gaining ground, and you are losing. And this is the one game you don’t want to lose.
And this is why you need to be head-to-toe in the full armor of God: so you can resist during these evil days and be fully prepared to hold your ground. ~Ephesians 6:13 (The Voice)
Don’t get me wrong. Jesus has already won the victory for us, and he is on our side fighting for us. He walks through life with us, going ahead of us AND standing behind us. But, we have to be walking along the same path. In order to do that, we must be aware of what is happening spiritually. This not only includes what Satan is doing, but more importantly, what God is doing. The battle belongs to the Lord, and when you are standing next to Him, doing what you see the Father doing, no matter how Satan attacks, that battle will end with you taking back what the enemy has stolen.  So, stand firm, stay alert, and walk with God.
Because Freedom
Healing In His Name